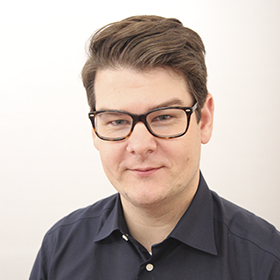 Czech cyberataths in the USA, currently living in Washington D.C. Author of national security cyber strategies, since 2013 he co-created the National Center for Cyber ​​Security at the NBU and subsequently participated in the establishment of the National Office for Cyber ​​and Information Security, where he built the Department of Cyber ​​Security Policies, which became a model for security institutions across continents. He has lectured at Georgetown University, the Elliott School of International Affairs and the US National Defense University in academic programs and professional conferences, including in Australia, Japan and Germany.
Under his leadership, the concept of cybersecurity exercises at the strategic level became an aid to the armed forces from the Pentagon to the African Union. He is the author of a book on Russian influential operations in cyberspace, which is, for example, part of the training for future generals at the Joint Advanced Warfighiting School in Norfolk, USA. He studied at Charles University, Israel and the Bunderswehr University of Munich / George C. Marshall Center for Security Studies in Germany. His expertise is in demand across the globe because, like money laundering, cyberspace and cybercrime know no boundaries. Did you know that there are government actors in cyberspace, acting like criminal groups, attacking to enrich themselves with companies like yours and Internet users like you?